Most of the time groups prefer to sit in pairs on flights within or between India, Nepal, Bhutan and Tibet, next to each other. 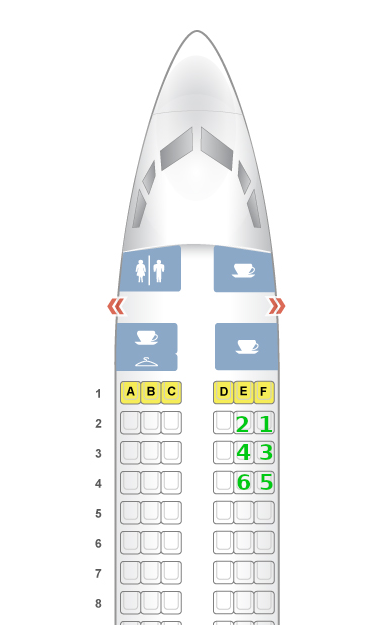 According to the route and better view

1 pax at the window and another at the side

You can sit next to one of the pairs or in another window (better) to be able to see the view and show, for example, the mountains, to the group

As far forward of the plane as possible

The airlines have been asking us to book our choice in advance. So the most basic simple ones may work best. Depending on the time of the day I've seen them offering options like: