Happiness - The practice of well-being 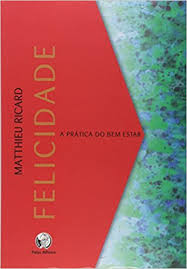 02 May Happiness - The practice of well-being

Posted at 07: 51h in Buddhism, Introduction to Buddhism, Matthieu Ricard by stew

Happiness doesn't come automatically; it is not a grace that good luck can bestow upon us and that a twist of fate can overtake us. It depends solely on us.
The proposal, basically, is that the mind can be trained.

Matthieu Ricard was born in France in 1946. Son of French philosopher Jean-François Revel and plastic artist Yahne Le Toumelin, he grew up in the intellectual and artistic center of Paris. He received his Ph.D. in Cell Genetics from the Pasteur Institute, under the guidance of Francois Jacob, Nobel Prize in Medicine. However, forty years ago he left his prestigious position as a researcher to move to the Himalayas and become a Buddhist monk. He is the author of several best-sellers, including The Monk and the Philosopher – written with his father and translated into more than 20 languages ​​–; The art of meditating; Happiness – the practice of well-being; The altruism revolution. In addition to being a renowned writer, he is a brilliant speaker, acclaimed at the World Economic Forum in Davos, the United Nations Gross National Happiness Forums, and TED Talks, where more than five million people watched his talk on happiness. Translator of His Holiness the Dalai Lama, he participated in the last decade of the most important congresses dedicated to the dialogue between science and spirituality, being himself the object of studies on the effects of meditation on the structures of the brain. Matthieu Ricard allocates all the proceeds from his books and lectures and most of his time to 140 humanitarian projects in the Himalayas. He resides in Shechen Monastery, Nepal.